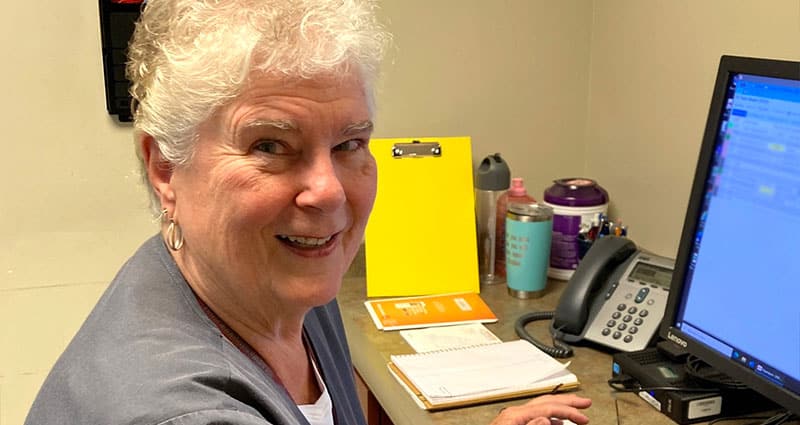 A Great Place to Work – Celebrating 55 Years of Faithful Service

Stevie Cousans, RN, has the distinction of being one of our health system’s longest-serving team members. Here’s her story of faithful service as a nurse in our ministry.

“I can’t remember ever wanting to do anything else,” Stevie says of why she wanted to be a nurse. When she was young, she could be found putting Band-Aids on her dolls, so her mother always suspected nursing was the path Stevie would follow. Now, her nursing career has spanned more than half a century, with 55 of those years as part of our ministry at St. Francis Medical Center. “It’s been a quick 55 years.”

Throughout her service with our ministry, Stevie has worked in three departments at St. Francis, first obstetrics, then renal (kidney) and now, the emergency room. “You can’t compare the three,” she says. “That’s like comparing apples, oranges and lemons. But I’ve thoroughly enjoyed all three of them, and I guess that’s why I am still here. St. Francis has been good to me” since her first day on June 30, 1966.

The hospital was much smaller when Stevie started working here, and nursing as a profession was different too. “You were in your white uniform, and you did not wear slacks,” she remembers. “That was what was expected of you, and you didn’t question it.”

She remembers the options for nurses being much more limited. “Working in a doctor’s office or the hospital – that was the sum total of choices for a nurse,” Stevie says. “Now it’s unlimited with so many specialties you could go into.”

Stevie’s first paycheck, which she still holds on to, was also a lot different. “It’s almost laughable, but at the time in 1966, it was more than enough, and I thought I had the world on a string.”

Stevie has also rolled with the technology changes as nursing has moved from paper-and-pencil to computerized record-keeping. “These computers just absolutely don’t like me and so it’s a fight,” she says. “Every time I get used to something they change it, but that’s OK too.”

While computer proficiency isn’t the most important skill for a nurse, it’s still important to be sharp and quick thinking. When Stevie was working in renal, a student nurse asked if she could borrow Stevie’s brain overnight. “That’s stuck with me for the last 30 years,” she says. “It’s one of the biggest compliments I’ve ever had.”

No matter which department Stevie serves in, she likes being hands-on with patients. She once took the role of a supervisor, but quickly discovered that she preferred interacting with patients as much as she could.  “Over the years I’ve spent time crying, laughing, doing everything with patients,” she says. The COVID-19 pandemic has been the only time she’s been unable to hug her patients.

Service with Our Sisters

Stevie has many fond memories of working with the Sisters over the years. She first met Sr. Pat on her tour of the hospital who upon meeting Stevie told her, “I’m glad schools are still putting out fat and fine nurses.” Sr. Edith always told Stevie to eat more cantaloupe. Sr. Pauline, who spoke in an Irish accent, would pray each night for the patients and the team. “You talk about raising goose pimples,” Stevie recalls, “It was one of those things I’d wait for every night.”

Sr. Linda, who was close to Stevie’s age, was a friend. “She could get me in more trouble when I worked 3-11. On supper break, we ran the switchboard. That was fun, and that part I do miss a lot.” 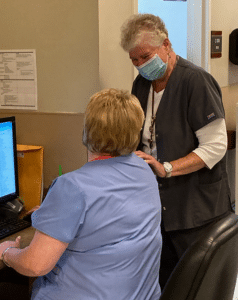 Stevie advises other nurses to never be afraid to ask questions and to be mindful of all the opportunities available at St. Francis and beyond within the ministry. If you don’t like where you start, the option to switch departments is always there. “The ministry is there, just pick up the phone,” she says. “As a young nurse, Stevie learned that if she didn’t like a decision, she needed to present a workable plan B but that sometimes, it’s best to go with the flow.

All in the Family

Nursing is a family affair. Stevie’s mother worked as a nurse aide in pediatrics, and three of Stevie’s four children followed in her footsteps and chose nursing as their career path. In addition, her son-in-law, two granddaughters and two granddaughters-in-law have also answered the call to be nurses or are currently nursing students. 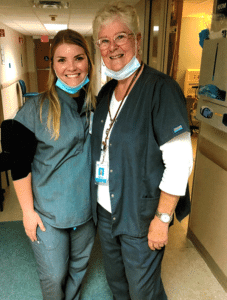 Looking to the Future

Stevie has no plans to retire anytime soon, although she jokes that she may start buying fewer uniforms so she can get the full use out of them. “Right now, I feel terrific and thoroughly enjoy what I’m doing,” she says. “When I can’t do it anymore or don’t like it anymore, that’s when I’ll retire.”

Congratulations on 55 years of service Stevie! We look forward to celebrating many more years of your faithful service within our ministry. 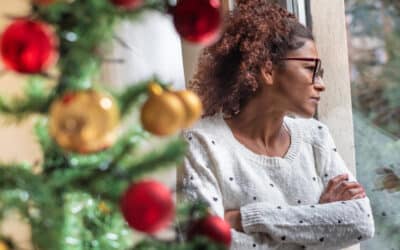 Three Ways to Manage Stress During the Holidays

Cancel Christmas? No way. Here are 3 insights to manage your stress and curb your feelings of depression around the... 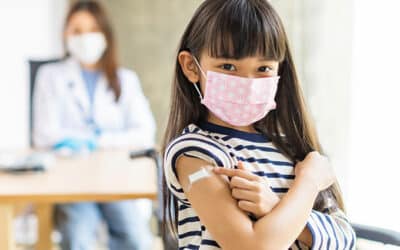 Preparing Your Child for Pokes

Learn how to prepare and keep your child comfortable during the “poke.” 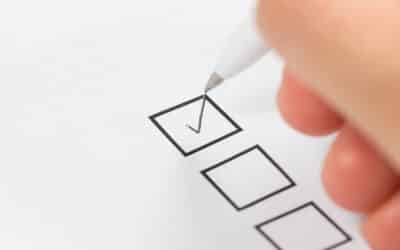 Five Items to Add to Your Healthy Year Checklist

Make 2022 a year of better health. Use this quick checklist to guide your health and wellness efforts: Get a flu shot...