Phyllis Simmons, BSN, RN, began her journey with Our Lady of the Lake 50 years ago, but to her it feels like just yesterday.

Simmons’ first day of work was at the Our Lady of the Lake downtown Baton Rouge campus, on the day after she graduated from nursing school. Her uniform included a cap and a skirt or dress, until six months later when the nurses were allowed to remove their caps and wear pantsuits.

As an 18-year-old woman, Simmons did not have many career options. But she had three aunts who had graduated from the Lake’s Nursing School whom she admired and decided to follow in their footsteps.

Simmons was nervous at first.

“I did not know how I would adapt to taking care of people,” she says, “but within the first few weeks of school, I fell in love with it.”

Simmons has known the Franciscan Missionaries of Our Lady Sisters all her life as they have provided care to her loved ones throughout the years. In Simmons’ early years as a nurse, the Sisters would often round on the nursing units.

Now that the Sisters are not as visible as they once were, Simmons believes it is her and her colleagues’ duty to be the reflection of the Sisters and to continue fulfilling their mission.

When asked about her plans for the future, Simmons answers, “I do see retirement in my future, but I think I can still be a contributor to healthcare as a ‘senior.’ God has opened many doors for me in my career. I have always enjoyed every job that was asked of me to do, whether it was bedside nursing, education, infection prevention, emergency nursing or regulatory. I have accomplished my goals along the way and see nursing as my vocation rather than a job. I do hope that I have given back more to the Lake than what they have invested in me.”

During October, our health system celebrates team member anniversaries, recognizing those who have achieved milestone years of service within our organization. We will be featuring team members across our ministry all month long! 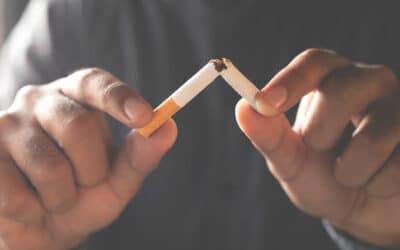 As a teenager, Robert Gauthier thought smoking cigarettes was the cool thing to do. A native and resident of...

For many in the Gulf South, cooler weather is a welcome treat after a long, hot summer. For parents, an incoming cold...

Recurring UTI Symptoms Again? Learn What to Do

Urinary tract infections (UTIs) are a common, annoying problem. According to the National Institutes of Health, women...